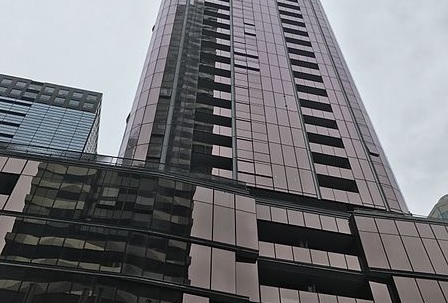 The Centre for Culture, Ethnicity & Health (CEH) offers condolences and support to the family and community of Laa Chol, during this period of grief. We would also ask politicians to think carefully before using this tragic event for short-term media exposure.

Laa Chol was, sadly, found dead on the 56th floor of the EQ Tower early Saturday morning after a fight between people who attended a party there. She was part of Melbourne’s South Sudanese community and according to The Age and Victoria Police’s Commander Stuart Bateson the community is now suffering from “widespread grief and a widespread desire to bring perpetrators to justice” in reaction to this death.

Alison Coelho, Co-manager of the CEH expressed her feelings today about the incident; “On behalf of CEH I would just like to express my heartfelt sadness and condolences to Laa Chol’s family and offer support to them in what must be an extremely distressful time,” she said. “We are so sorry for your loss and want you to know that we are thinking of you, your loved ones and your community during this difficult period,”

Laa Chol has been described by friends and family as a second-year legal studies student and talented soccer player who was also a clever and happy person.

Her death has prompted an unfortunate series of statements from Federal Home Affairs Minister Peter Dutton, linking the incident to a larger campaign to vilify the South-Sudanese community in Victoria.

“Dozens of women have been killed violently this year in Australia, this is a real problem that needs to be addressed by politicians and the community. I am disturbed that the cultural background of this victim seems to be the sole focus of Mr Dutton,” she said.

“He is using the tragic death of a young woman to generate more racist sentiment focused on the South Sudanese community purely for political gain,”.

“We would encourage all politicians to listen to the Victorian Police who have pleaded that political figures do not use this incident to generalise about an entire community of people,” Alison said.

“Violence against women affects all women no matter what background and again this has nothing to do with race, we are committed to continuing to work with communities to highlight the importance of healthy relations, gender equity and consent,”

CEH works closely with a range of people from new migrant and refugee backgrounds to create better access to the health system, including people from a South Sudanese cultural background.

“We are already hearing of further incidents of people being abused in the street because of their appearance, and these incidents are the consequences of the actions of irresponsible people. Politicians like Peter Dutton, who are ministers, are supposed to represent Australia as a whole, not just the views of a narrow, bigoted minority.” Alison said.

Wednesday 28 July 2021 marks World Hepatitis Day (WHD). WHD is acknowledged each year to bring the world together to raise awareness of the global burden of viral hepatitis and to influence real change. This year’s theme is ‘Hepatitis Can’t Wait‘.

END_OF_DOCUMENT_TOKEN_TO_BE_REPLACED

Get your Jab! Videos in 20 languages

A joint venture initiative has produced a new video campaign aiming to boost the uptake of the coronavirus vaccine among Melbourne’s culturally and linguistically diverse communities.

END_OF_DOCUMENT_TOKEN_TO_BE_REPLACED

June 20 – 26 is Refugee Week 2021. We acknowledge the important contributions of people from a refugee, asylum seeker, and humanitarian migrant background as part of our workforce, and their invaluable contributions to civic and community life.

END_OF_DOCUMENT_TOKEN_TO_BE_REPLACED

In collaboration with the Multicultural Drug & Alcohol Partnership, the CEH training team is delivering FREE WORKSHOPS for the Alcohol & other Drugs Sector.