On World Refugee Day on June 20, CEH announced the winners of our first community grants program. The Multicultural Community Action Network (MCAN) grant of $2000 was for projects benefiting refugee and migrant communities.

The Hume Afghan Community Association was one of the grant recipients. The Association went on to train 53 Afghan community members on blood borne viruses (BBVs), sexually transmissible infection (STIs) and health relationships. These education sessions aimed to promote prevention, testing and treatment while addressing stigma around BBVs and STIs in the Afghan Community. 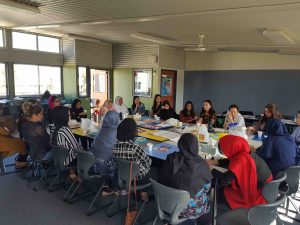 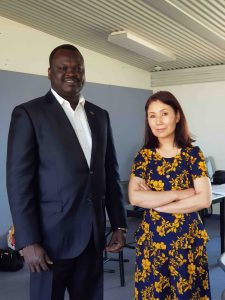 Earlier this year, CEH ran a hands-on session comprised of a grant-writing workshop and Alcohol and Other Drugs Forum. The session was designed to provide MCAN members with grant writing tips and give them a chance to discuss issues affecting their communities, including the effects of alcohol and possible links with BBVs and STIs. Some of the main issues raised were a lack of education about alcohol for migrant and refugee groups, difficulty accessing health services that are sensitive to their needs as recent arrivals, as well as the lack of targeted information for these communities.

MCAN members noted that prior to arriving in Australia, many migrants and refugees may never have been exposed to alcohol. This means that individuals may not be aware that certain substances are much stronger than others. They may also not know of the short-term and long-term effects of alcohol abuse and the associated risks such as unplanned pregnancy, violence and STIs.  A guest speaker from the City of Yarra also spoke about council grant programs. Those who attended the session became eligible for the MCAN Community Grant.

The Forum proved an invaluable way to shape CEH’s approach to refugee and migrant health, particularly regarding BBVs and alcohol use. It is through this community consultation and subsequent Community Grant that the Hume Afghan Community Association has been successful in providing education sessions.