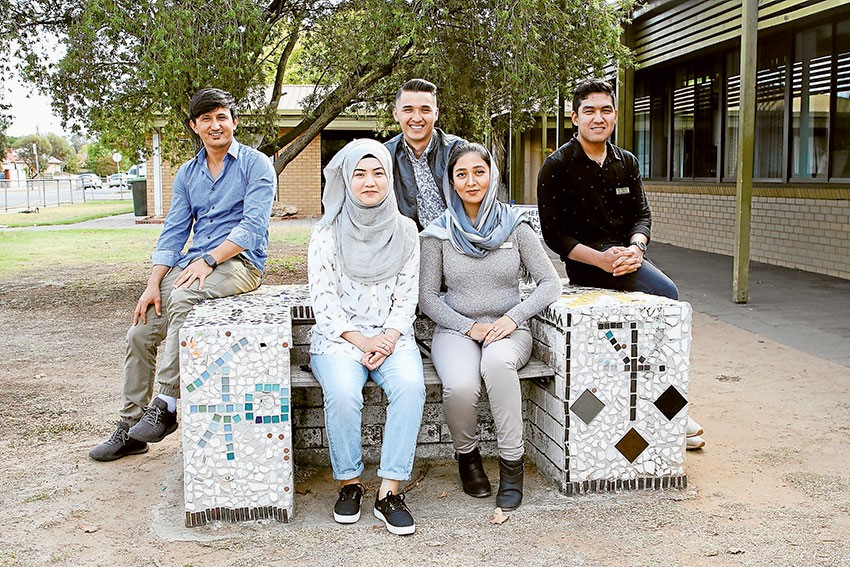 CEH recently had the pleasure of meeting and training Multicultural Education Aides (MEAs) of Shepparton’s English Language Centre’s (SELC).
Half of them are former students who have returned to the centre as MEAs and are now giving back to the community by helping and inspiring other new arrivals.

In recognising the impact of MEAs, bicultural and bilingual workers as important intermediaries between the disability system & families, CEH has developed a tailored workshop to support them to understand the NDIS and explain it to the families they work with.

SELC’s MEA’s attended CEH’s Understanding the NDIS Workshops to support newly-arrived families in Shepparton to learn and understand the following:

“Students’ heart-warming return an inspiration to others”
from a story in Shepparton’s THE ADVISER by David Lee, April 17, 2019

Each [of the MEAs] has completed a Certificate III Traineeship in Education Support and now work at the centre as Multicultural Education Aides providing assistance for parents, students, teachers and each also acts as an interpreter.

Arriving at the centre as a student in 2010, Reza Kareem has come from Pakistan and after finishing VCE, he took a gap year before going to study civil engineering at university in Melbourne. Reza then joined the centre in 2017. Reza said, “SELC is like a family with wonderful staff and an amazing coordinator who is very helpful.
They support us and build our skills. We are here today because of them. They have helped us learn a lot.

“In the future, we hope to be good role models for other kids, who can see that we came to Australia and have worked very hard to get us to where we are.”
Ramzan Khair Ali went to the centre as a student in 2011 and is an Afghani who grew up in Pakistan. In 2012 he started high school and graduated in 2016 before starting work at SELC. Ramzan said, “SELC really is like a family.”

Mustafa Rohani was a student at the centre in 2011 and came to Australia with no English speaking skills and very little schooling. Just prior to moving to Australia, Mustafa lived in Pakistan.

“To help support my family here, I started working at KFC and I am still there. In 2012, I went to high school and graduated in 2014 and one day I came past SELC to say hello and they said they were looking for someone to help and I decided to do it“. Mustafa said.

“I had the opportunities to start a great life here which I am really grateful for that. So I came back to SELC because I wanted to give back to the community.
We love giving back to the community and helping those who are coming into the centre… We have experienced what they are experiencing coming in and it is great to be able to help them transition.”

While in Shepparton CEH also ran: Working across cultures in the NDIS workshop for Support Coordinators.
CEH has partnered with the Summer Foundation to deliver one of four workshops in their Upskill program, aiming at building the capacity of Support Coordination in regional Victoria.

Early 2020, CEH will repeat this workshop in Mildura and Swan Hill.