For World AIDS Day, the Multicultural Community Action Network (MCAN) held a forum on 8 December 2018 to advocate, campaign and inform the community about new prevention, treatment and care strategies for HIV.

The panel gathered with members of the community to explore the barriers and enablers to accessing sexual health services, including sociocultural and religious influences, financial constraints and the need for knowledge dissemination to reduce stigma. 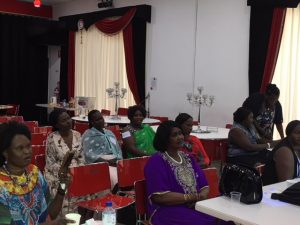 Since HIV was first identified in 1984, 35 million people globally have died of HIV or AIDS related causes. Currently, around 36.7 million people worldwide are infected with the virus. Scientific advances have been made in HIV treatment, with laws created to protect people living with HIV. Despite this, Australia has reported an increase in the number of HIV notifications over the past ten years, particularly in people having sex with individuals from HIV prevalent regions. This increase is attributed, in part, to the growth in migration and mobility rates.

Discussion under the theme ‘prevention for all’ was spread over numerous topics. Five key ideas included:

Whilst the number of HIV/AIDS cases has decreased dramatically since the discovery of the virus in 1984, they have not been completely eliminated. Scientific research findings have made it possible to live a long, healthy life with antiretroviral treatments (ART), We now have evidence that shows if you take your medications regularly, with the support of your doctor, it is impossible to pass the virus on to another person.    New breakthroughs include PrEP, which taken regularly can protect you from catching the virus in the first place.  However, these new advancements are not known to the communities with whom CEH works. Greater investment and increased resources are urgently needed if we are to address the new HIV epidemic in Australia.   treatments are not readily available to everyone. HIV continues to be a major global public health issue, having claimed over 35 million lives. In 2016 alone, 1 million people globally died from HIV related causes.

The stigma and discrimination surrounding HIV/AIDS is a key reason why the virus keeps on spreading. There are a number of misconceptions surrounding who can be affected by the virus and how it is contracted, which in turn promotes HIV related stigma and discrimination. This has major potential consequences for individuals, “ranging from loss of income and livelihood through to employment discrimination and feelings of worthlessness” (International Centre for Research on Women). According to the World Health Organisation (WHO), fear of stigma is the main reason why people are reluctant to get tested, disclose their HIV status and take antiretroviral drugs. 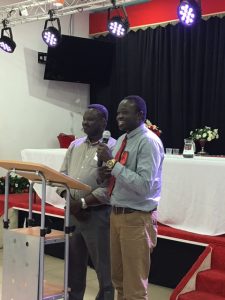 It is as important to educate our communities on HIV/AIDS as it is to know your own status. In Australia, there are an estimated 27,600 people living with HIV. Around 2,800 (11%) are unaware of their status. A simple blood test can detect whether you have come in to contact with the virus.

What if I test positive?

There are many ways to manage HIV. People who are testing positive can still lead a healthy, long and happy life. Refugees, migrants and overseas visitors can all access the HIV/AIDS benefit program here in Victoria. The program provides access to clinically sound and cost-effective treatment that is tailored to each individual’s needs. Everything is strictly confidential and without judgement. 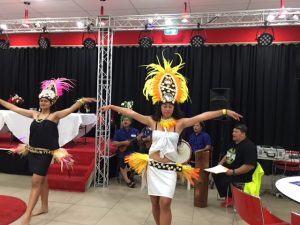 How can I show my support this World AIDS Day?

Every year on 1 December, World AIDS Day raises awareness of people living with the virus and commemorates those who have died from it. Stigma kills. By wearing a red ribbon and educating yourself, you too can show your support for the cause and reduce stigma around the illness.

The World AIDS Day forum was received very positively by both the community and the panel, who expressed their wish for MCAN to organise another forum in the future.