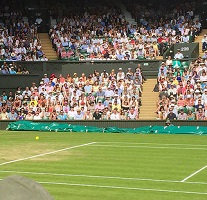 The ‘colour-blind’ defence of the recent cartoon of Serena Williams ignores the obvious: Nothing happens in a vacuum.

The circumstance in which an event occurs matters greatly, as does the events preceding it. Throughout history, depictions of people of colour have magnified racist thought and perpetuated further racism. People can and will argue that the mass condemnation of the cartoon has been an over-sensitive reaction. They fail to see how the cartoon feeds into long-held stereotypes about black women. And black people in general.

Mark Knight may not have had racist intent when he drew Serena. Nor when he whitewashed Naomi Osaka. But by turning the tall, athletic Japanese-Haitian into someone fair, blonde and petite, he tapped into colourisms; supposedly the darker you are, the more violent.  That doesn’t mean the drawing doesn’t have a great impact on people of all colours, in the way people view others and themselves. Just as “exposure to pro-white nonverbal behaviour increase[s] racial bias among viewers”*, cartoons have the power to influence thought and action. The cartoonist may or may not be racist but his cartoon has still incited mass upset. Instead of labelling all affected individuals as ‘too PC’, its worth examining why the cartoon has elicited such a reaction.

The implications of this work domestically reinforce the use of casual comical racism to diminish the underlying sensitivities experienced by many newly arrived communities and indeed our first nations people.  At one time, no one would say anything about racist depictions of Aboriginal people, but today there is an uproar about this cartoon, because finally there is recognition that this is offensive.

END_OF_DOCUMENT_TOKEN_TO_BE_REPLACED

Hepatitis and COVID-19- New Videos with the Dinka community

CEH’s M-CAN program has produced three videos made in partnership with the Dinka speaking community, discussing the importance of testing, medications and vaccinations for Hepatitis during COVID-19.

END_OF_DOCUMENT_TOKEN_TO_BE_REPLACED

CEH welcomes funding from NWMPHN for mental health during COVID-19

CEH welcomes additional funding from the NWMPHN to address the mental health issues experiences by people from refugee and migrant backgrounds during COVID-19.

END_OF_DOCUMENT_TOKEN_TO_BE_REPLACED

CEH has joined the Optimise Study. The aim of this research is to find out how people in Victoria are thinking, feeling and behaving in relation to the COVID-19 pandemic and the associated public health directions.