CEH takes a stand against discrimination on International Day Against Homophobia, Biphobia and Transphobia 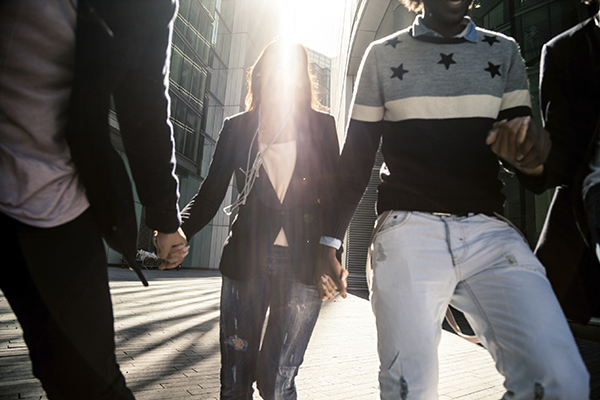 On the 17 of May, The Centre for Culture, Ethnicity & Health (CEH) reaffirms its stance against Homophobia, Biphobia and Transphobia and its commitment to the health and well-being of Victoria’s diverse communities.

‘The health impacts of discrimination against people who identify as LGBTIQ have been well documented, with suicide rates up to 10 times that of the general population. That is why we are marking this day to support the health and well-being of all LGBTIQ people’ Alison Coelho Co-manager of the Centre for Culture, Ethnicity & Health said.

May 17 is the International Day Against Homophobia, Biphobia and Transphobia and was created in 2004 to draw attention to the violence and discrimination experienced by LGBTIQ people internationally. “Being a same-sex and trans person from a refugee and migrant background requires people to negotiate complex and interweaving expectations and social norms in relation to gender, sexuality, faith and culture.” Alison Coelho said.

May 17 commemorates the World Health Organization’s decision in 1990 to declassify homosexuality as a mental disorder. This day is celebrated in more than 130 countries in support of the recognition of human rights for all, irrespective of sexual orientation or gender identity or expression.

The CEH recognises that LGBTIQ people from refugee and migrant background can face additional hurdles not only in relation to the presence of racist attitudes in the wider Australian community but also in relation to their own cultural and religious identities, and that of their communities.

‘For some refugee and migrant communities, the issue of people, especially young people, exploring and questioning their sexuality or their gender identity can be very challenging. It is important that communities are made aware of these issues and the best ways they can support members of their communities’ Alison Coelho said.

The Centre for Culture, Ethnicity & Health is part of the North Richmond Community Health Centre which has a long history of being a welcoming and inclusive health centre that works with both individuals and communities to foster better health outcomes for all.

October 25 is Drop the Jargon Day

October 25 is Drop the Jargon Day! Drop the Jargon Day is a day for health and human services workers to practice and promote using plain, jargon free language. 6 out of 10 people in Australia have low Health Literacy. Many Australians have trouble understanding and...

END_OF_DOCUMENT_TOKEN_TO_BE_REPLACED

What Makes My Work as a Facilitator Meaningful?

What Makes My Work as a Facilitator Meaningful? By Eman Al-Dasuqi. Most of us want a rewarding work experience. Especially when we spend most of our waking life working! So, what makes work meaningful? I‘ve been asking myself this question ever since I was a young...

END_OF_DOCUMENT_TOKEN_TO_BE_REPLACED

It’s a grand day when research supports what we know intuitively. For many years we at CEH have been advocating for writing in plain language for translation and were thrilled to see research from Macquarie University that supports what we’ve known from practice...

END_OF_DOCUMENT_TOKEN_TO_BE_REPLACED

Raising awareness about Long COVID – in over 20 languages

In partnership with CALD communities, CEH has produced simple resources in over 20 languages to raise awareness about Long COVID.