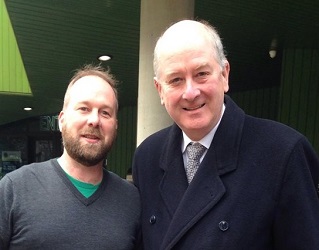 The state election in Victoria is held every four years on the last Saturday of November. The Victoria 2018 Election was on 24 November. At the time of writing, Labour has won 52 seats in the 88-seat Legislative Assembly (lower house) and the Andrews government has successfully moved on to its second term in office.

Alison Coelho, Co-Manager of CEH, believes that “The government will draw the community closer with their positive and optimistic plan, rather than stoking fear and encouraging discrimination”.

False statements by opposition leader Matthew Guy that Victoria has the highest rate of crime in the country and his focus on law and order did not cut through in the state election.

The Liberals used fear as a tactic. The party sent “African gang” fear mongering leaflets to voters in Keysborough. Earlier this year, Peter Dutton from the federal government said Victorians are “scared to go out to restaurants” because of “African gang violence”.

“Comments of this kind are damaging to the community and are against the multicultural values of our nation. This is not the government we want,” Alison said. “We, Victorians, are proud of our multicultural community,”

Alison is dedicated to reaching out to the refugee and migrant communities and building a strong relationship with them.

“Victoria is a multicultural state and our success is built by people from different cultures and backgrounds. Each individual should be respected regardless of their ethnicity, in order to do so, we surely need a government that is respectful to its people.” She said.

CEH is a part of North Richmond Community Health and aims to improve the health and well-being of people from refugee and migrant backgrounds. We work closely with healthcare providers, communities and local governments to help improve their services and better engage culturally and linguistically diverse clients.

“We stand on the land of traditional owners, it is only through embracing ideas like multiculturalism, we can grow and heal as a society,”

“Premier Andrews and his government should not only fulfil the promises he made during the election, but also continue the work of the 2018 Multicultural policy which will help make Victoria great,” Alison said